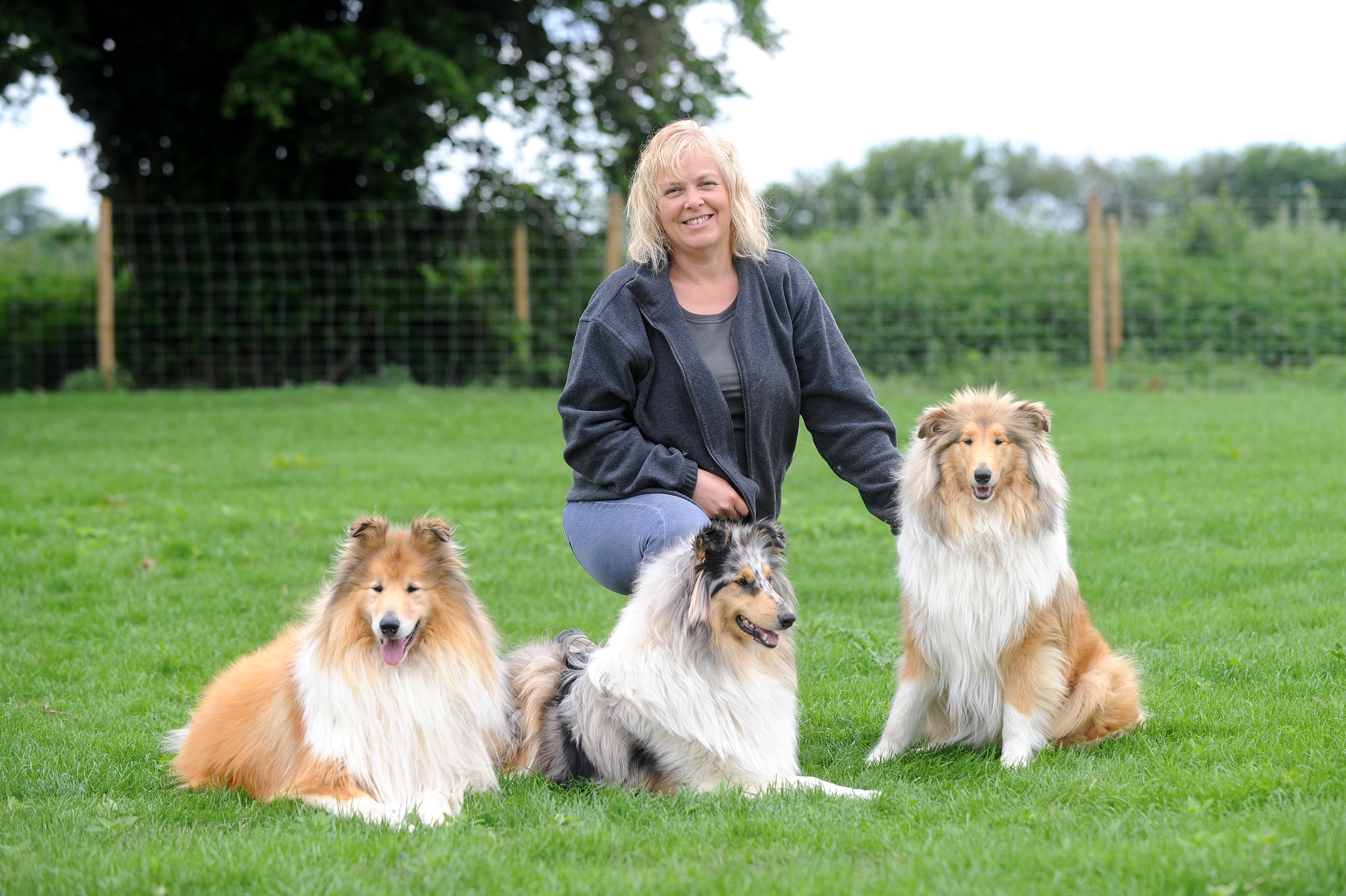 Jane Spendelow – dog trainer
Jane Spendelow was a primary school teacher for 26 years along with being a breeder of rough collies for 16 years – she felt the needs of children and puppies were very similar, to feel secure, loved, comfortable, confident and happy and that when these needs were met both children and puppies were able to learn easily and happily. As a Kennel Club Assured Breeder, she is inspected and has to meet the exacting standards for breeding and rearing happy, healthy puppies and feels passionately that the health and wellbeing of dogs is of the utmost importance both as a breeder, owner and trainer.
The interest in training started over 30 years ago when Jane started working her border collie in competitive obedience; this later changed to agility and she now trains and competes in agility with her rough collies, alongside competing in breed showing at championship level. This love of training developed over the years and she was often asked to step in and help with friends and family’s dogs and was always on hand to support the ‘family’ of new owners of her precious puppies. This passion has now become a career and she is a qualified trainer with The Institute of Modern Dog Trainers. She believes completely in force free, kind, motivating methods of training as they REALLY WORK!
Jane lives in the heart of beautiful Suffolk, on the border with Norfolk near the small market town of Diss, in a 14th century former coaching inn with 4 ½ acres of land for her dogs and horses. Just as she is committed to her own puppies’ and dogs’ care and well-being, she is also passionate about yours. 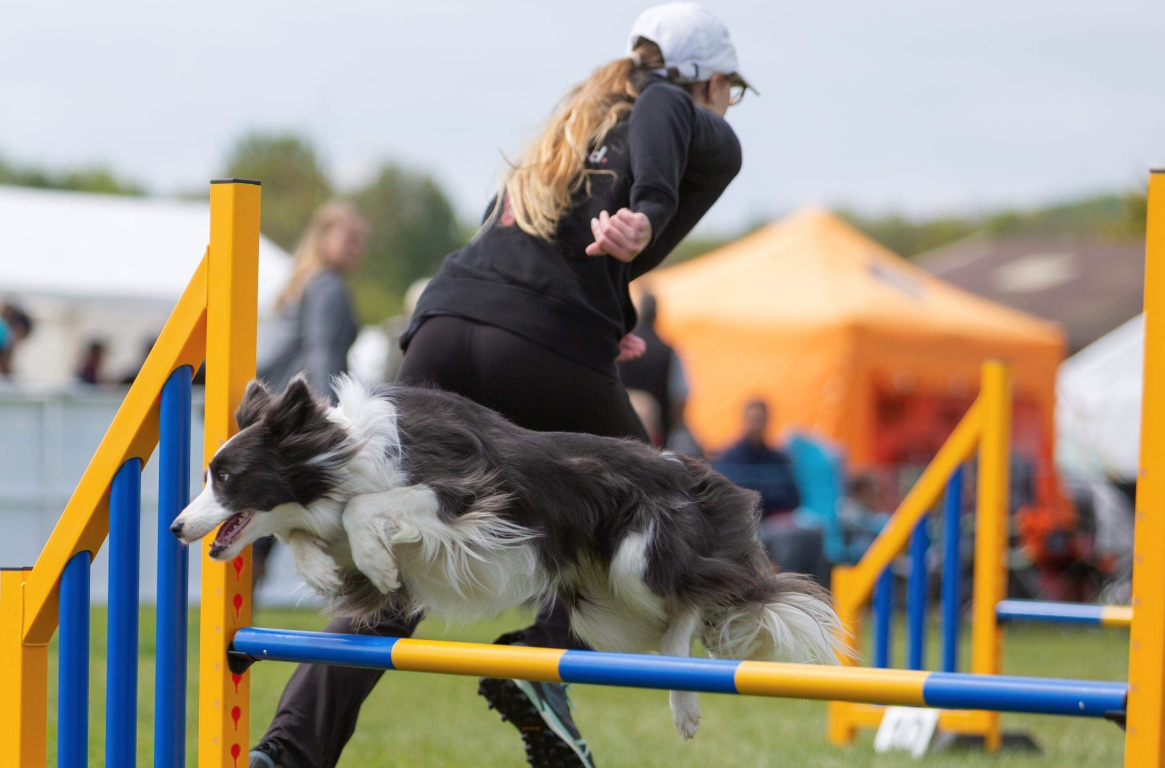 Sammy Pegg – agility trainer and handler
Sammy has been around dogs for her entire life and has been training dogs just as long! She began doing obedience and breed showing at fun shows from the age of 8, with a large amount of success with shetland sheepdogs in junior handling classes. When she turned 12, her birthday present was Blaze the border collie puppy, she started taking Blaze to agility classes as something different and fun to do, little did she know how much it would progress! Within 2 years of training and then competing, Sammy and Blaze were selected for the Young Kennel Club Team GB to compete in Slovakia in 2016! This was a huge international event, and the first time GB had sent a team to compete - and they didn’t disappoint! Sammy and Blaze worked as a team member with 3 others to bring home 1 gold medal and 1 overall bronze medal. Blaze has also reached the top grade in agility which is grade 7 and competed in the UK Agility finals many times, with great success.
Now, Sammy competes with 2 other border collies, one of which is grade 6 (Remix) and the other grade 7 (Bliss) who is only 3 years old and has already won at the UK Agility finals as well as qualifying and being placed in many other British finals.
Sammy has trained all her dogs herself and has a large amount of experience competing as a junior handler and now as an adult competitor. All of her dogs have been completely different to train, which is all part of the fun! Positive training and reinforcement is the only way to train dogs in Sammy’s eyes; all lessons are made to be great fun, along with learning, giving the dogs mental and physical stimulation as well as learning new skills, whether you want to just do agility for fun, or compete to the top level. 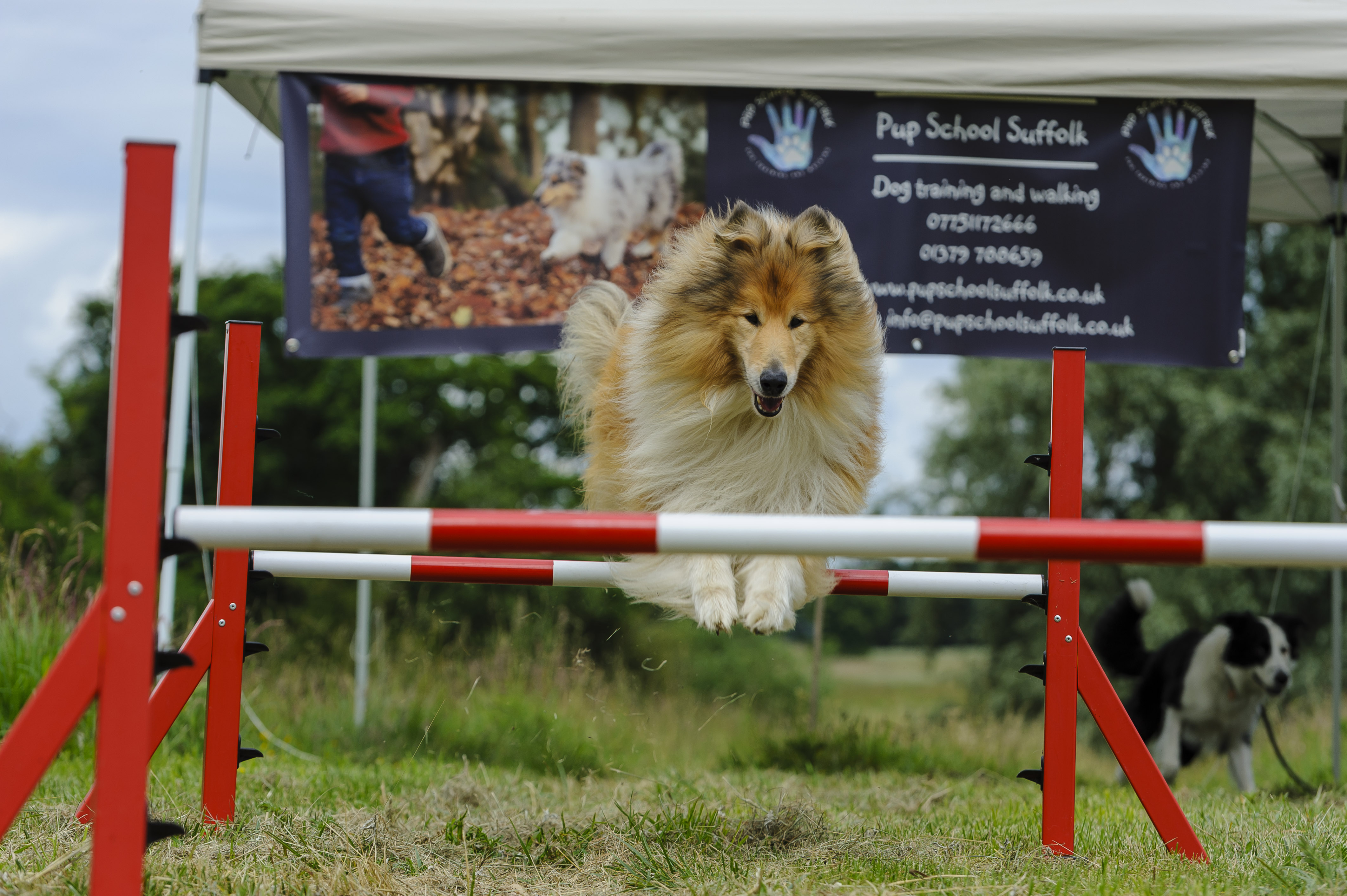 Henry – stooge dog, agility dog and my right-hand man!
What can we say about Henry? We couldn’t run Pup School Suffolk without him! He is our main stooge dog – stepping in to help with reactive dogs, nervous dogs, dogs that have limited socialisation with other dogs and do not understand canine body language – Henry takes it all in his stride. He is calm and relaxed around other dogs and this makes him ideal to use as a stooge. However, show him an agility course and he is anything but calm and relaxed! Agility is his passion (alongside tug toys and retrieving just about anything) and he lets us all know that with his barking. He came to competitive agility quite late (he was a successful show dog as a youngster but has decided that the show ring is a little too boring for his talents) but is now competing successfully at agility and is working his way steadily up the grades. He is also a registered PAT (Pets As Therapy) dog and visits schools, hospitals and homes to give support and friendship to people in need.
At home, Henry likes to relax – happy anywhere as long as it’s under your feet! His hobbies include licking people’s feet and eating the cat food, along with chasing a tennis ball and jumping into the back of the car if ever it is left open (well we could be off to an agility show – you never know!) The love of his life – quite simple – AGILITY!
We are also starting Ivy’s training as a stooge dog and in obedience. She has a completely different attitude to Henry as she loves to play with other dogs and is very sociable. She will be assisting Henry with the stooge work in the future.